A Nigerian nurse has taken to social media to share her encounter with a patient whose skin could not be penetrated with a needle.

According to the nurse who identified as @harophiat, via her Facebook page, narrated how she attempted to inject a patient, but couldn’t after several attempts.

Many had suspected that the patient must have used some sort of fortifications against metal.

Confirming this, Harophiat revealed that the man had ‘fortified his body’ so that no metal, be it bullets or knives, can penetrate his skin.

The nurse said she never believed such things could happen until she experienced it.

Baby Nursev @harophiat: ‘Guyyssss!!! So I tried giving a man intramuscular injection God!!!! It didn’t enter. I reported to my superior because I felt really dumb (no be today I dey give injection na) Turns out he had used numerous fortifications against metals!!!’ 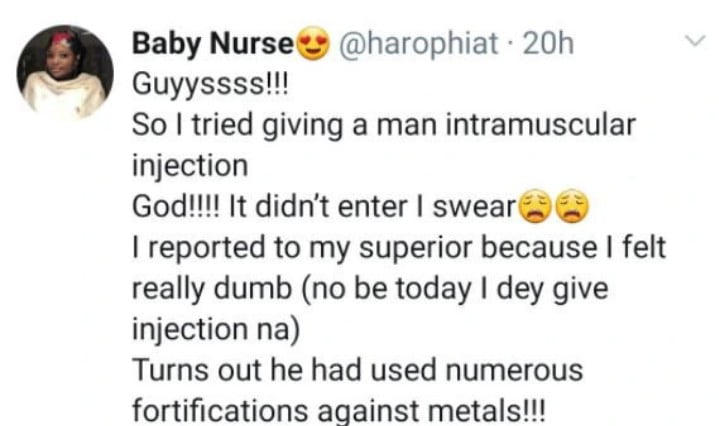 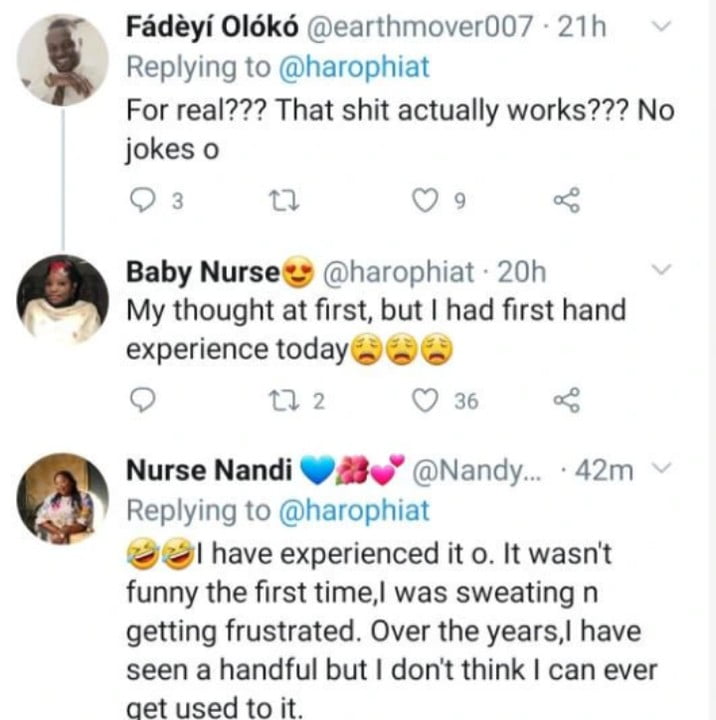 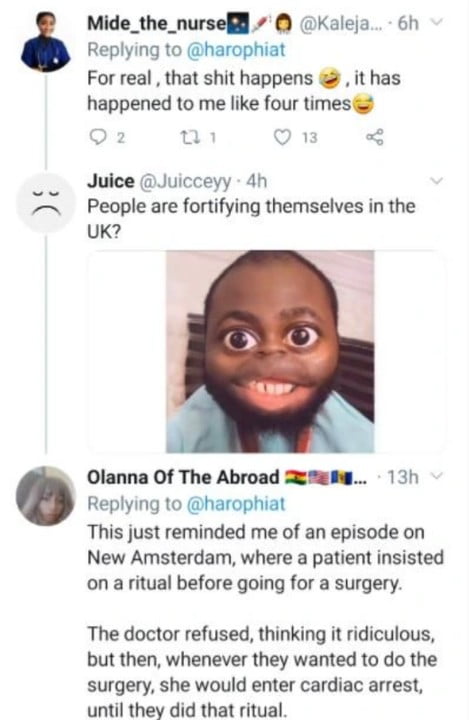 Who Knew Senator Rochas Okorocha Could Dance Like This? (video)