A picture has emerged online showing that the 21-storey building which collapsed in Gerrard road, Ikoyi, Lagos State, had reportedly tilted days before the incident which led to the death of many.

Recall that the structure which was being developed by Fourscore Homes collapsed on Monday, November 1 leading to the death of more than forty people while several others are still missing.

A picture, taken by a resident of the area a few days before the collapse, showed that the structure had been titled but was still standing.

The owner of Fourscore Homes, Femi Osibona also lost his life to the incident where few survived with injuries.

Meanwhile, the Lagos State Deputy Governor, Obafemi Hamzat, while reacting to the saddened incident said the construction at the collapsed building was once stopped after it failed a structural integrity test.

Hamzat said the building was sealed “because our agency came in to do structural tests and saw some anomalies”.

A few days after the collapse a video emerged online showing the owner of the structure resisting the sealing off of the property.

A group of men, who appeared to be officials of the Lagos State Building Control Agency (LASBCA), in a video, insisted on sealing off the building, but they were repelled.

See the photo below: 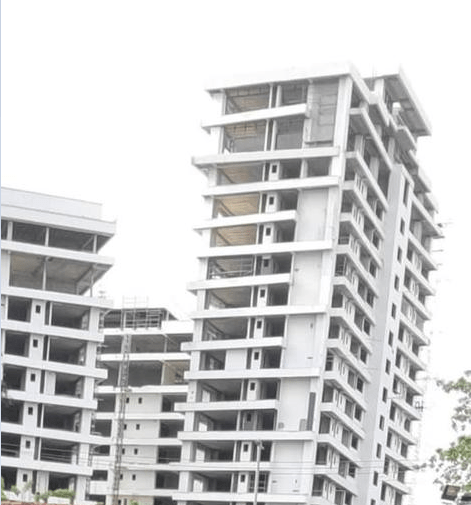 Ikoyi Building before the collapse