This is coming after the male barbie shared a new video via his Instagram page, which left a lot of tongues wagging in disbelieve.

In the video shared, the 30-year-old crossdresser was seen vibing to Nigerian singer, Joeboy’s song whilst rocking flashy makeup and hair.

However, curious fans questioned his new weight gain, questioning if he was pregnant with a child.

Some of the social users concluded that his weight gain has to do with pregnancy, while some had mocked him for his heavy use of makeup and human hair. 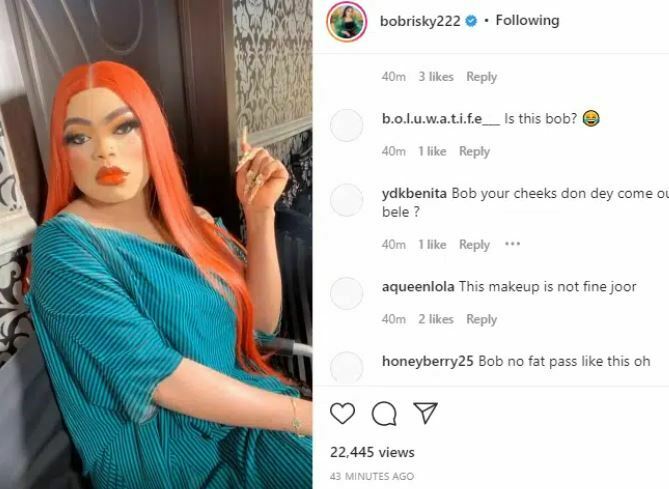 @cookingwithmiatta wrote: ‘The mamakeups off. They did the wrong shade.’

@bizz_care wrote: ‘Omo I look different here ooh bob 😮u come be like man wen u be’