Ekong will learn from his mistakes - Ranieri

Okoye could return for Sparta Rotterdam against AZ Alkmaar

Former Nigerian midfielder Sylvanus Okpala has given his honest opinion on the possible return of Odion Ighalo to the National team set up.

We earlier reported that the President of the Nigeria Football Federation (NFF), Amaju Pinnick believes the former Manchester United forward still has a role to play in the team and also opined that the likes of Osimhen can learn from him.

In his reaction, Okpala who was once an assistant coach to late big boss Stephen Keshi in the National team said the team and Nigeria as a whole have younger players that can fit in that position that he will be coming to occupy.

“If I am the coach, I will not let it happen’, Okpala told brila.net.

“There are lots of young players in Nigeria(home and abroad) to occupy that slot he will be coming to take – He also cited the Romario scenario in Brazil where the coach stopped the legend from coming back to the National team. 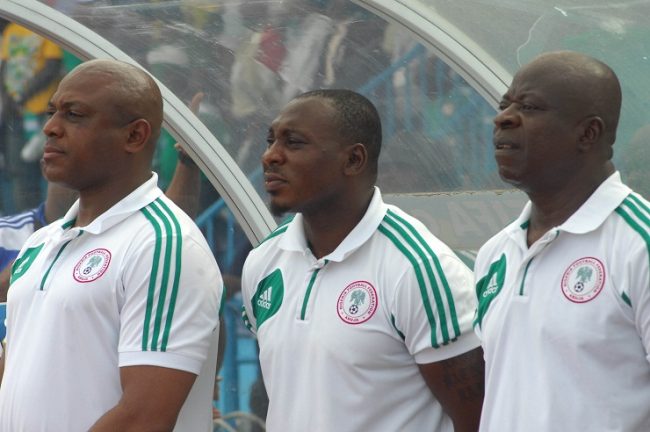 Okpala is confident that if he is the coach of the National team, there is no reason for bringing back Ighalo.

The 32-year-old who has 16 goals in 32 matches for Nigeria, before retiring from international football has netted scored eight goals for Al-Shabab this season.

If you use the quotes from this content, you legally agree to give www.brila.net the News credit as the source and a backlink to our story. Copyright 2020 Brila Media.