First we SPAC, then we take down AWS – TechCrunch

Vinehealth, offering digital support for cancer patients and SaaS for R&D, gets $5.5M to launch in the US – TechCrunch

Why Pinduoduo is putting all its profit into agriculture – TechCrunch

Norrsken Foundation’s hub opens in Rwanda, to house 1,000 entrepreneurs by next year – TechCrunch 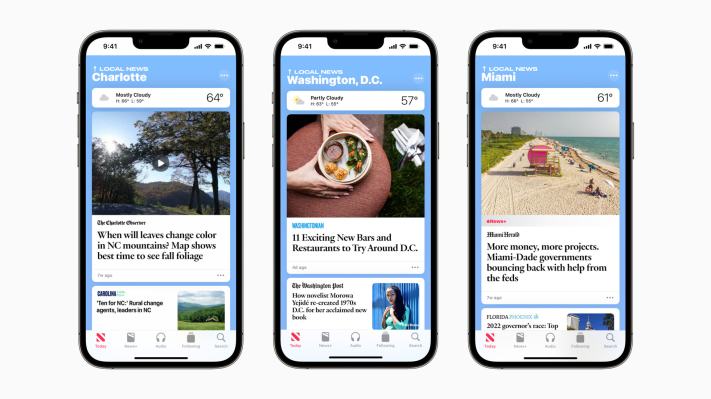 Apple says it plans to expand its local news feature to more cities in the future. It’s clear that the tech giant is looking to further compete with other news aggregator services such as Flipboard and SmartNews, which offer local news coverage in thousands of U.S. cities.