The Automated Shoes Company was built by the administration of Governor Okezie Ikpeazu with two million pair of shoes annual production capacity.

Speaking while performing the ceremony at the company premises in Umukalika Village, Obingwa LGA, Senator Lawan, commended Governor Ikpeazu for his vision in establishing the company, adding that he has shown that nothing is impossible despite the lean resources available to the state. 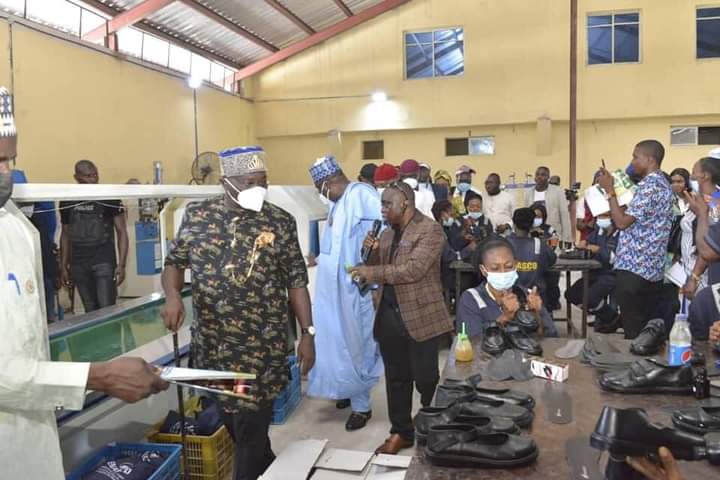 According to the Senate President, the Governor has shown how prudent, economical and efficient he is with resources at his disposal, adding that if the project is the only thing the Governor leaves behind, he would have achieved a lot.

Lawan said Abia is lucky to have Dr Ikpeazu as Governor and assured that he will push for more support from the federal government and its agencies to enable the company thrive.

He said that to have a prosperous nation, the country must embark on import substitution, adding that we must Nigerianize what we consume. 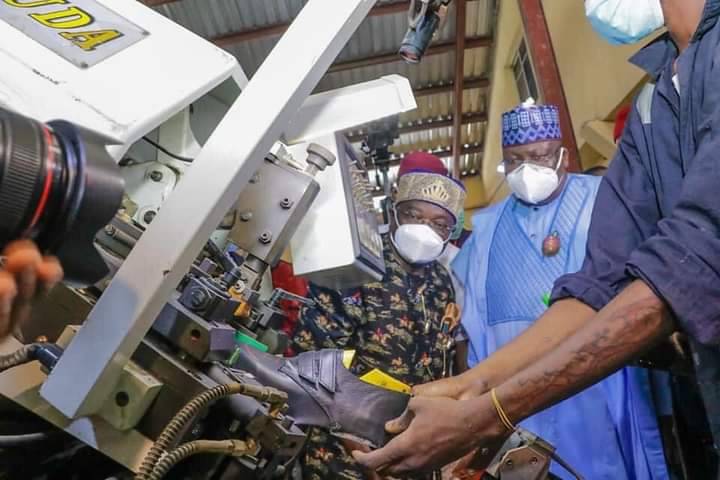 Senator Lawan while noting that the future belongs to the youths, pointed out that the stability of any country rests on providing the youths the opportunity to put their energy into productive ventures.

In his remarks, Governor Okezie Ikpeazu who disclosed that about one million youths are engaged in the leather and garment sub-sector of the state said his Government has been able to tie end to end issues of power, machine automation and marketing of products which have remained major challenges to the Aba shoe-makers.

He restated that it is through the use of made in Nigeria products that the economy of the country can be enhanced.

The Abia Chief Executive further said that the essence of setting up the company is to have a greater share in the growing shoes enterprise as ENASCO will produce five thousand pair of shoes daily.

Governor Ikpeazu revealed that between now and the next six months, machines for the Enyimba Garment Factory will arrive the state from Turkey, adding that the company will provide the State the leverage to contribute its quota in the competitive global garment market. 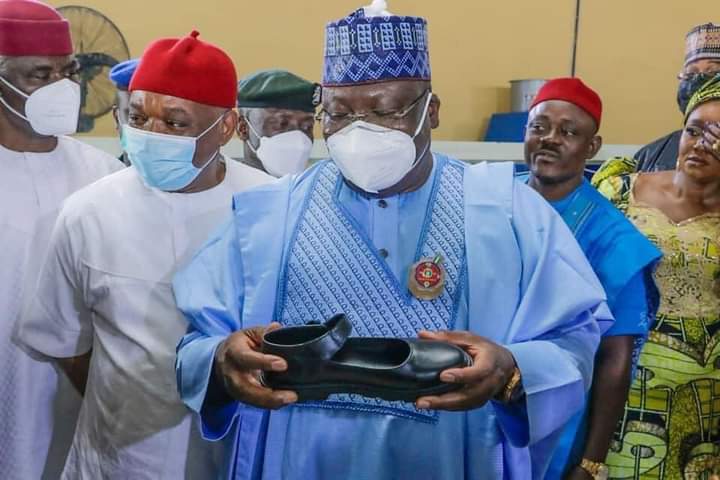 Earlier in an address, the Chairman of the Board of the Enyimba Automated Shoes Company, ENASCO, Mr Mark Atasie, said that the vision of ENASCO is to be one of the most recognized leather companies out of Africa in the next 5 years while its mission is to elevate to a world class.

He listed the company’s take-off products to include work boots, school shoes, military desert boots, police shoes, dress shoes for men among others, adding that the company has distributors in Lagos, Abuja and Abia in addition to online sales platforms.