She Is So Hot, Reactions As Sydney Talker Posts Pictures Of Gorgeous Mother

Governor Okezie Ikpeazu of Abia State has sworn-in 27 nominees as Commissioners into the Abia State Executive Council, at a ceremony held at Michael Okpara Auditorium, Umuahia, on Tuesday.

This was disclosed by Onyebuchi Ememanka, the Chief Press Secretary to the Abia Governor.

The swearing-in ceremony followed the screening and the confirmation of the commissioner-nominees by the State House of Assembly, which contained in a letter sent the house leadership by the Governor. 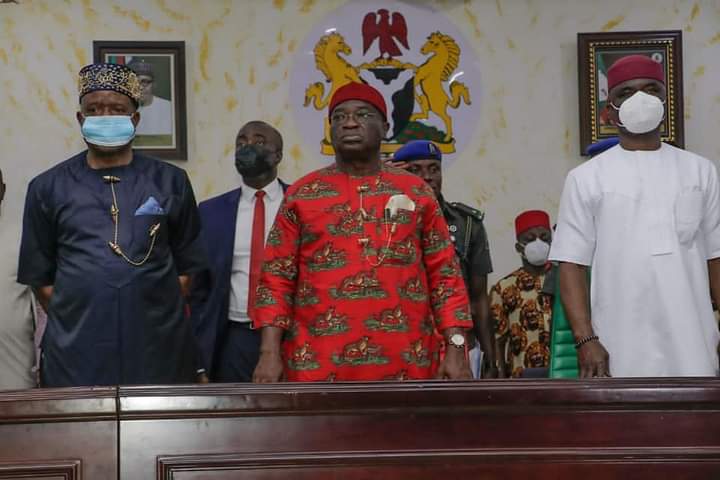 DAILY POST recalls that Governor Okezie Ikpeazu had in September, 2021, appointed new commissioner nominees to assist his administration in the dispensation of democracy dividends to the people through policy formulation and implementation.

The appointment was disclosed in a release signed by the Secretary to the State Government (SSG), Barrister Chris Ezem.

Speaking after the formal inauguration of the nominees as Commissioners, Governor Ikpeazu disclosed that the new Commissioners were carefully selected to support to drive his administration’s vision for a better life for ndi-Abia. 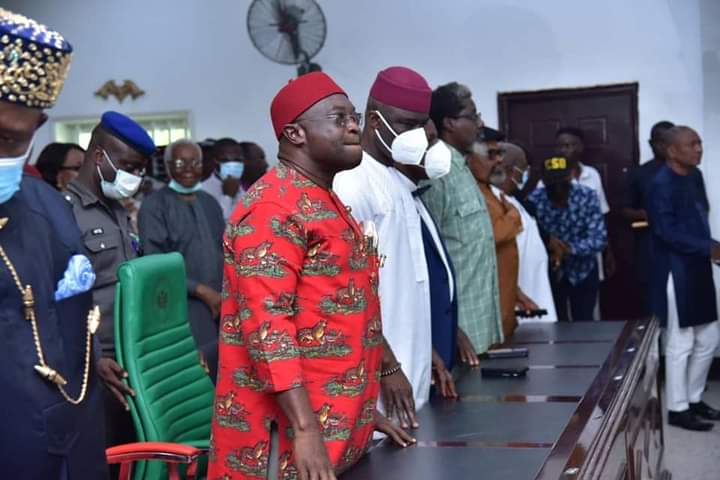 He also disclosed that his administration is on its final lap, and stated that the desire of Government to complete ongoing projects and possibly embark on new ones.

The Governor charged the new appointees to be active players in the socio-political and economic renaissance of the state.

He warned that there is nothing juicy in the appointments, and further cautioned those whose agenda is to line their pockets that they will be disappointed, and challenged them to see their appointments as calls to duty. 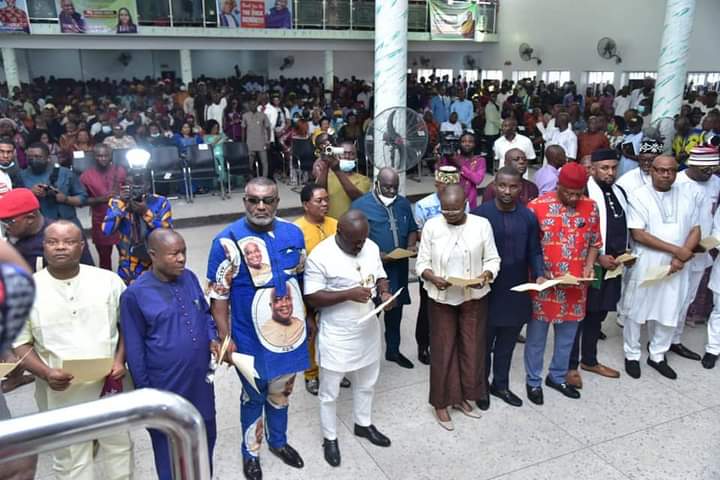 The Abia Chief Executive, assured that Government will substantially provide them with the resources to work with, but also admonished them to leverage their connections and wealth of experience in moving their various ministries forward.

He also advised them to remain loyal to the Government as those found wanting will be shown the way out.

Governor Ikpeazu, however, implored them to keep in touch with their localities as Government will be relying on them to galvanize support from the grassroot. 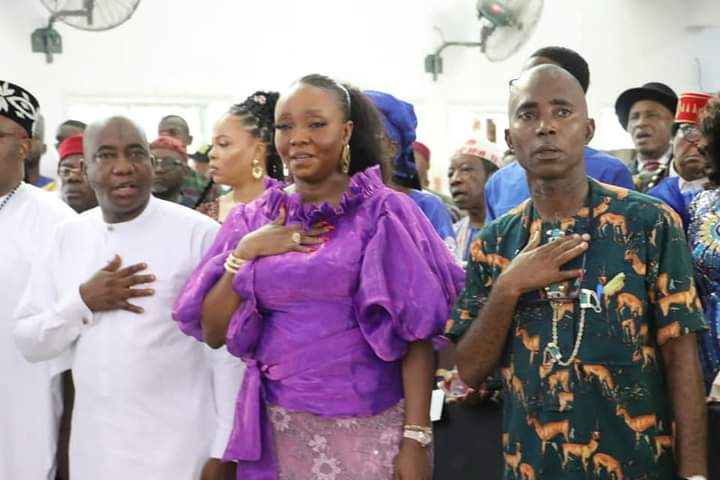 Responding on behalf of his colleagues, the new Commissioner for Information and Strategy, Barrister Eze Chikamnayo, thanked the Abia Governor for the privilege to be part of the State Executive Council and assured that they will not let the Government and the people of the state down.

The new Commissioners and their portfolios; Mazi Donatus Okorie – Ministry of Cooperatives and Rural development 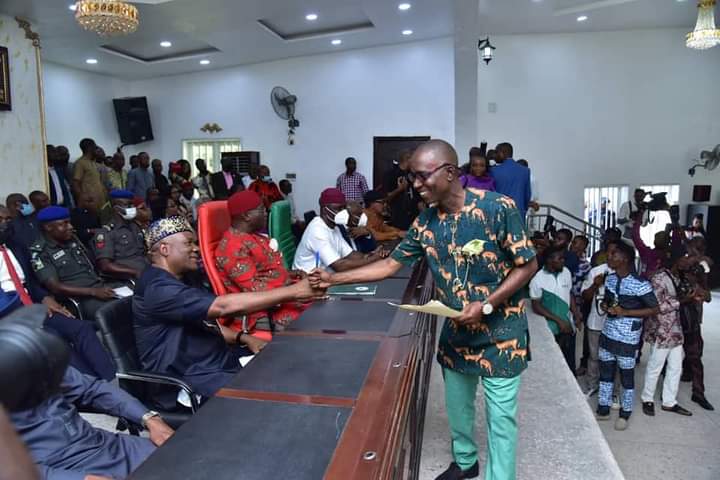 Others are; Dr Chidi Onwuchuruba, Ministry of Lands and Survey.

Barr Chinenye Emelogu -Joint Projects Implementations while the immediate past Commissioner for Information, Chief John Okiyi Kalu, is to serve as the new Commissioner for Trade and Commerce”. 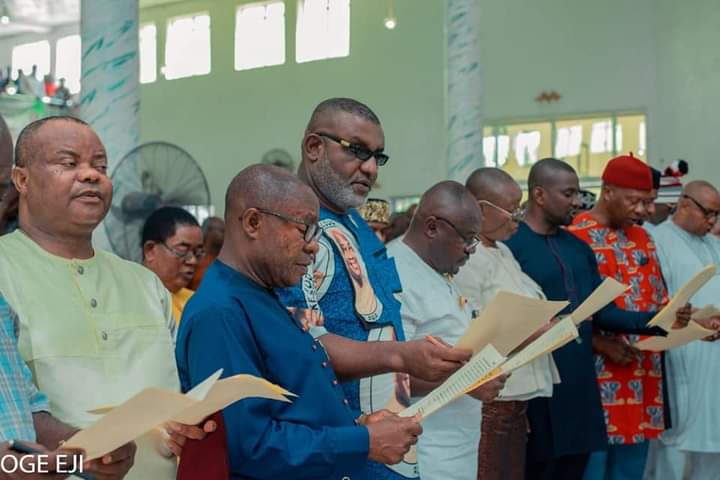 According to the release by Ememanka, “the Deputy Governor Sir Ude Oko Chukwu, the Member representing Ukwa West State constituency, Hon. Godwin Adiele, the State Chairman of the PDP, Rt Hon Asiforo Okere, the Secretary to Government, Barrister Chris Ezem, Head of Service, Sir Onyii Wamah ,the Chief of Staff to the Governor, Prof-acb Agbazuere , the Deputy Chief of Staff, Office of the Deputy Governor, Sir Don Ubani among other distinguished Abians witnessed the ceremony while the oath of office was administered by the Solicitor General and Permanent Secretary, Ministry of Justice, Mrs Uzoamaka Uche Ikonne”. 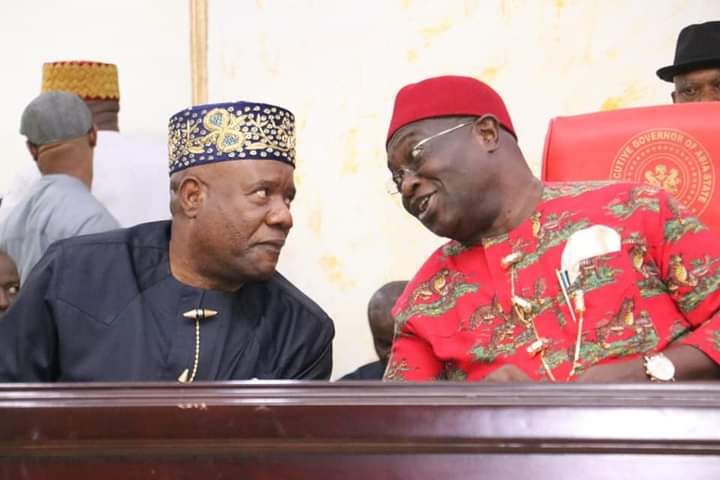 ‘Hazard Is Fit To Play, I Just Prefer Other Players’